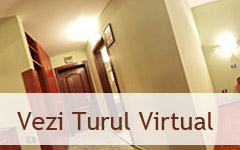 It is an amusement park you must visit during your vacation. Full of bright lights and colors, in Satul de Vacanta you will find instalations that will rise you adrenaline. There you can also find restaurants and shopping areas.

It is the first aquatic park in Romania, opened in 2003. There you can find all kinds of water slides, pools and an artificial river. Is the perfect place for spending an unforgettable day with your friends and family.

It is a fantastic way to see Mamaia resort from above. You can take a 7 minutes journey at 50 meters high on a 2 kilometers distance. Telegondola is a modern and safe instalation that provides you a wonderful view of The Black Sea, Constanta, Siutghiol Lake and Mamaia.

Is a piece of land situated in the middle of Siutghiol Lake. You can rich the island by boat. There you will find a restaurant, accommodation and a beautiful landscape.

Initiated in 1972, the Dolphinarium is a place where adults and childen cheer together. In the pool from the amphitheatre and in the covered pool, you can watch the dolphins, sea lions and penguins. The stars of the Dolphinarium are Peipei, Chen Cheng and Ni-Ni, three dolphins brought from China.

Opened in 1985, Mirco-Delta is situated near the Dolphinarium. It offers to his guests a complex image on Dobrogea's nature.

Placed in the same location as the Dolphinarium and the Micro-reservation, the Planetarium was opened in 1969, the year man stepped on the Moon. At that time, it was the only one Planetarium in Romania. Today, it still reveals the mysteries of the sky.

The National History and Archaeology Museum

It has a great heritage and describes in the best way the history of Dobrogea from the Paleolithic till these days. The Museum is situated in the Ovidiu Square in the historic area of the city.

It is situated in the historic area of the city. The Museum has an important collection of ceramics, glass and wood icons, traditional clothes, textiles and traditional adornment.

It is a symbol of Dobrogea's interculturality and it is placed in the historic area of the city, near the Ovidiu Square. From its minaret, that measures 37 meters, you can watch a beautiful landscape.

Organized chronologically in four sections, the museum features charts, moldings, ancient and modern boat models, navigation instruments, documents and photographs. It is situated on the Traian Street, near the harbour.

It is an art nouveau building. The Casino was completed between the two World Wars and features sumptuous and unique architecture details. The pedestrias area in front of the Casino is a sought-after destination.

Opened in 1958, it is situated in front of the Casino. There you have the chance to see over 60 species of fish from the Black Sea and the Danube Delta, as well as from the seaside lake. The Aquarium has alos an important collection of exotic fishes, but the most significant is the collection of sturgeons, one of the largest in the world.

A restaurant for your family! 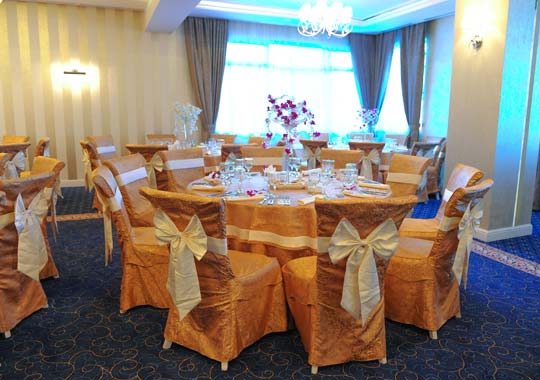 Dacia Sud restaurant is a select location for its diversity, intimacy and refinement. The restaurant has a capacity of 300 seats: 200 in the salon, equipped with air-conditioner, and 100 on the terrace, situated near the beach. Both the salon and the terrace...

You love the sea, you love Dacia Sud hotel! 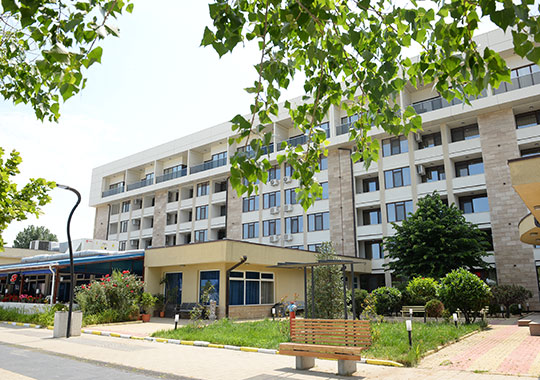 Placed in the south part of the Mamaia resort, Dacia Sud Hotelier Complex is the perfect location for a memorable holiday on the Romanian seaside or for a successful business meeting. With a 30 years experience in tourism we know that ...

An unique place for its diversity, intimacy and refinement.

Its 70 rooms are equipped with cable television, phone, fridge and air conditioning.